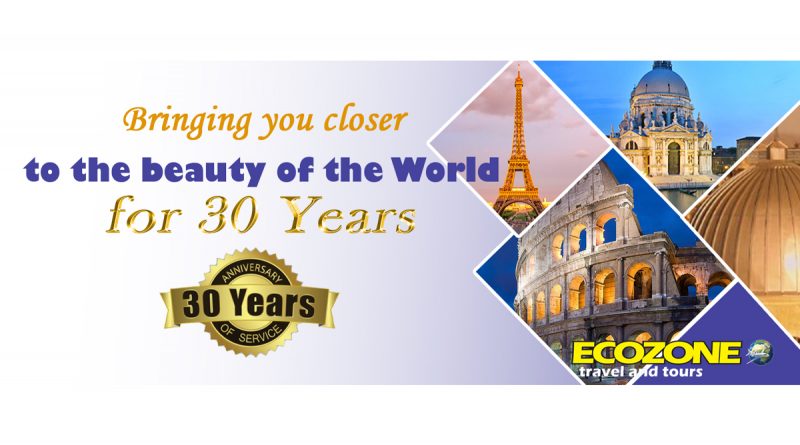 ABOUT ECOZONE TRAVEL AND TOURS

Ecozone Travel and Tours is one of the preferred and probably the most established travel agency in the Pampanga region. Serving the travel industry since 1987, Belen Munar Guzman (Owner & Proprietor) quickly made a name in the business by winning the top seller award from one of the biggest National Travel Agencies in 1989. In 1995, she became a founding member of the Alliance of Travel and Tours Agencies of Pampanga, Inc. (ATTAP) and played a major role in bringing the first international commercial flight of Philippine Airlines in Clark International Airport. This milestone has raised Belen’s reputation as one of the more recognized in the industry. As Chairman Emeritus and a two-time president of ATTAP, she has continuously served the travel and tourism sector’s development. Belen’s growing passion for the industry gave birth to Ecozone Travel and Tours in 1997 to cater the flourishing travel and tourism centric Clark Special Economic Zone.

It was not long before Ecozone’s Ticketing, Philippine and Asian Tour Packages became popular all over the Philippines. It was in 2007 however, when Belen became a member of the National Association of Independent Travel Agencies – Philippines (NAITAS) Inc., that she realized the potentials and attractiveness of Group Pilgrimage or Holy Land Tours as destinations. In 2009 Ecozone on its own, produced its all exclusive European Tour Destinations and Cruise Packages such as the Mediterranean Cruise, Greek Isle Cruise and also its Asian Cruise – a huge addition to its usual product lines of Philippine and Famous Asia Tours (Hong Kong, Bangkok, Singapore, Macau among others).

In 2015, Ecozone Travel and Tours became a member of the Philippine Travel Agencies Association (PTAA), a bigger and more exclusive organization.

Ecozone owes its success in its philosophy of serving it customers with personalized attention and service. Despite the improvements in technology, where others have replaced human interaction with digital service, Ecozone vowed to continue building relationships with its clients. Travel after all, is one of the more precious human experience. 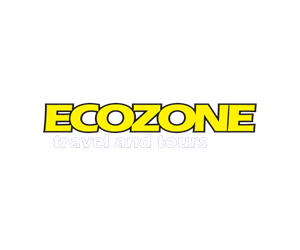